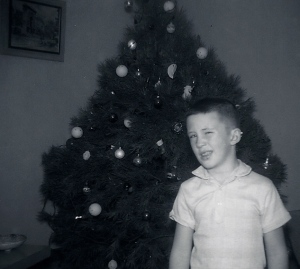 We’re lucky enough to have a pool where we live, and lately I’ve been swimming daily. I’m embarrassed to say it’s the first time in many years I’ve been in the water. It’s a great pool, and I’m usually the only one there. In fact, I’m starting to think of it as my personal pool. I’m thinking of changing the locks and selling memberships.

You have a lot of time to think while you’re floating on your back staring at the sky. And there’s nothing like plunging your whole head underwater in a shimmery blue pool to bring the sense memories flooding back, if you’ll pardon the expression.

As I swim each day, new memories of all my years of swimming lessons come back to me. Early morning pools, every summer from around age five through high school, rain or shine, cold or sweltering, were my home base. My mom believed if you got that certificate that said you knew how to save a drowning person, being a lifeguard was something to fall back on. Plus it got us out of bed and kept us busy while she was working.

I wasn’t alone on these shiver-inducing outings. My brother Dan, one year older, was beside me for all of them, in the beginning anyway.

The first place I remember having a lesson was at a pool in a family friend’s backyard. It was the only backyard pool I knew of in our small town. It was a great one too. They treated it as a place to relax and have fun, so there were lounge chairs and tables with umbrellas around, just like at a Howard Johnsons. As you walked through the breezeway to the pool, there was a sign that said, “We don’t swim in your toilet, so please don’t pee in our pool.” This made sense to me, even at age five.

The daughter of the family who owned the pool was our first teacher. She was patient, funny and beautiful and we loved her. I remember being released into this pool like a minnow that’d been in captivity: I was home.

I barely noticed my brother standing on the side, holding my mom’s hand and crying. He wasn’t quite so enthralled.

Each day as I jumped off the diving board and rescued coins from the bottom of the pool, my mom and our teacher quietly and gently tried to persuade Dan to put his face in the water. He made them promise to keep a towel handy as soon as he emerged. Over and over, he ran to the towel and buried his face in it as soon as he came out of the water.

This really wasn’t that uncharacteristic for him. Of the two of us, I was always the one who tried everything first. He thought things over; I did that later, usually after the damage was done. He must’ve thought I was crazy. I know I was aware of him being more sensitive than me, even as kids.

The next progression in our swimming education: lessons at the public pool in our town. Everyone called this pool “The Legion”, since it was originally an American Legion veteran’s organization project.

This pool was enormous compared to our former backyard pool classroom. We took lessons from another close family friend, who also happened to be a bombshell lifeguard later crowned Miss Iowa. And as much I loved and adored her, Dan was complete putty in her hands. My mom thought this would be the key to getting him to enjoy swimming.

We had to be at the pool at the ungodly hour of 7:30 am. I remember thinking I shouldn’t have to be anywhere this early on a summer day, even as a 3rd grader. Especially as a 3rd grader, really. The sun was barely up, and sometimes it was raining. Dan was silent all the way there in the car every day.

My mom always tried to be encouraging. She knew there was a daily goal. “Today’s the day you’re going off the low board, right?” I knew she wasn’t talking to me. I was already jumping from the high tower, flinging myself out as far as I could, trying to reach the middle of the pool in a single bound.

“Maybe,” he’d say. Then he’d check to make sure his towel was still under his arm.

He was pretty silent all through these lessons, doing almost anything asked of him, but not doing it with enthusiasm. It was clear he’d never be a long distance swimmer, and certainly not a high diving champion.

When the day came that we’d been working toward for the whole summer, the day we had to swim all the way across the pool and back, even I was unsure if I was going to be able to do it. It seemed so far.

Dan had to go first. I sat on the side of the pool, cheering for him along with everyone else. My mom even came that day to witness this milestone. She stood at the side of the pool he was swimming to, bent over, shouting encouragement to him as he plowed his way through the water. “You’re almost halfway! You’re more than halfway! You’re going to make it! Keep going! Don’t stop now!”

When he reached her side, he barely stopped, he just touched the wall and turned back to finish the job. He seemed to be picking up speed as he made his way to the end. I took heart in this; it was a sign that maybe he was going to make it. If he could make it, surely I could. I’d already moved on to thinking about that.

When he reached the wall, a huge cheer erupted and our teacher reached in and pulled him out of the pool by his arms and hugged him. He didn’t even look for his towel, he just stood there basking in the glory.

I have to follow that? I thought. As I jumped in, I noted that my mom was still giving him all this praise, and she barely noticed that I’d started. She certainly wasn’t at the halfway point waiting for me. I stopped, touched my feet on the bottom and yelled, “HEY!” Everyone looked, and I continued.

Of course, I made it across and back. But I was conscious that I wasn’t picking up speed towards the end, and no matter how hard I tried, I couldn’t. It must’ve had to do with intrinsic motivation.

Our next few summers were spent taking lessons at the country club pool. This had always been our home away from home all day, all summer, by virtue of the fact that my dad spent all his free time on the golf course. So it was a family hangout.

My mom dropped us off there every day at 8:00 on her way to work, and picked us up at 4:30 on her way home. Evidently the lifeguard was our babysitter. I doubt she was paid accordingly.

This was a much more pleasant place to learn than The Legion, as it was so familiar. By the time I took senior life saving lessons there, Dan was excused from swimming.

He’d discovered the golf course, and that’s where he wanted to be. For one summer, on the days he couldn’t be golfing because of tournaments or such, he ran the pool snack bar. But he never got in the water. It just wasn’t his thing, ever.

The day we learned to water ski at Lake Okoboji, he tried it once and was done. I skied all day long that day, soon bouncing over and skiing outside the wake like a superstar. Dan stayed in the boat watching my shenanigans without saying anything.

As years went by, he found peace and everything else he needed on the golf course. He was fearless there. Just as I was unafraid to deep dive over and over, he was relentless about scoring a birdie on hole 18, trying to beat his best friend.

Yesterday as I floated across the pool, it occurred to me that his early fear of water and his lack of enthusiasm for it were reflective of his approach to life.

Once he made up his mind about something, that’s how it was. He knew what he wanted, and he stuck with it. He didn’t really need to experiment, he was sure of himself most of the time. He watched me jump into trouble over and over, and he often bailed me out with a silent smile. When he didn’t bail me out, it was usually because I’d done something so stupid it was out of even his jurisdiction.

He died of cancer, on this date, when he was 22 and I was 21. I wish he’d lived longer so I could have known him as an adult. I think he’d be fun to be around, like my mom and dad both were.

And I’d love to race him across the pool. 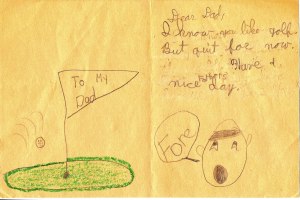 Here’s a tribute to Dan,

with some photos and remarks from a few of his friends.