Skip to primary content
I’m sorry I’ve been so absent from my blog of late.
In case you didn’t know, I’m in the process of moving.

I’m one of the lucky people who gets to live amidst the unsurpassed beauty of the Hudson Valley area in upstate NY.
My husband and I felt inexplicably drawn to this area the first time we visited. Later, we found out there’s a saying that does explain it. It goes something like this: Spend three days in the shadow of Overlook Mountain and your heart is there forever.
The mountain that stole our hearts is one of the Catskill Mountains. Before I went to Woodstock, the only thing I knew of the Catskills was that the movie “Dirty Dancing” was supposed to take place in a resort there. Don’t hate me, but I could never watch that movie all the way through.
Oh, and in high school I used to see ads in the back of Seventeen magazine urging me to spend my honeymoon in a heart-shaped bathtub somewhere in the Catskills. So at that time the Catskills didn’t seem that much different in my mind from the Wisconsin Dells. I had no idea there was a connection between Woodstock, NY and the Catskills. (You’d think Seventeen would have mentioned that, it was the 70s after all.)
One day, five years ago, my mailman delivered an ironic magazine dichotomy addressed to my husband. The latest issue of Rolling Stone and the newest issue of AARP. I guessed he must have gotten a bit overzealous checking off boxes to get free trial subscriptions. Well, maybe the AARP one wasn’t exactly a free trial, as evidenced by the stack of them I already was ignoring.
I flipped through the Rolling Stone and came across a fascinating story about Levon Helm, the legendary drummer for The Band. He was performing concerts on Saturday nights with his friends in his barn in Woodstock, NY, and you could order tickets and go – the event being called a Midnight Ramble. I decided I had to get tickets for this to give my husband as a birthday present. I did have a moment of sympathy for him as well. I mean, how in the world would he ever top this? (I was in favor of watching him try, however.)
So, off we went, and had the most wonderful trip of our lives. We accidently arrived on the peak weekend of the fall foliage splendor. Everywhere we looked resembled a cheesy jigsaw puzzle from Woolworth’s. We swore a lot just looking out the car windows. 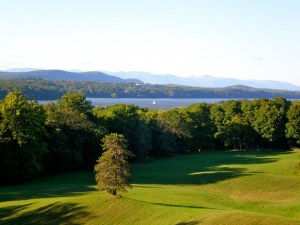 The Midnight Ramble itself was beyond magical. You must go if you can.
Another happy accident that weekend was the Woodstock Film Festival. We took in a few related events, and this set the tone for the rest of our visits to Woodstock for the next four years. We’ve discovered great places to eat, sleep and read – all my favorite things. But above all, it’s the people we love. We’ve encountered so many people we’ve felt like we’ve known forever. We’ve had conversations that could go on and on, and we’ve just gotten started.
Some of the people we’ve met have been subjects of blog posts.
Around December, we had the opportunity to make “living there one day” happen sooner than we’d thought. And here we are, a few days away from our journey to New York.
I’ll keep you posted.
You know I will.

6 thoughts on “Moving to New York”