I remember reading a few years back that Louis Armstrong made collages on the boxes containing reel-to-reel tape recordings of him, both playing music and having conversations. He travelled with boxes of tapes, and made thousands of them.

I did a search for the collages, and found that they’ve been compiled in a new book, and are also on display at Lincoln Center.

Here’s an excerpt about the exhibit from the Louis Armstrong House museum, and some images of the art:

Louis Armstrong is internationally renowned as a trumpet player and vocalist (he had hit records for five decades), actor (appearances in more than 30 films), and writer (two autobiographies and thousands of letters). Yet few people know that Armstrong created more than 500 collages, clipped and assembled from photographs, news stories, postcards, letters, telegrams, and other diverse material. Made in part to pass the time, the result was a body of sometimes sophisticated and sometimes whimsical works of art.

“The art of collage is very much like the art of jazz,” said Michael Cogswell, director of the Louis Armstrong House Museum. “Found material is divided and then rearranged to create new meanings. Many of Louis’s collages display multiple layers of meaning which are more intuitive than deliberate.” Armstrong himself acknowledged that his collage-making was like improvising a jazz solo. As he wrote to a friend in 1953, “My hobbie (sic) is to pick out the different things…and piece them together…making a little story of my own.” 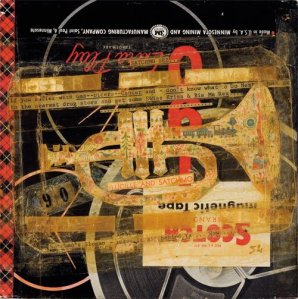 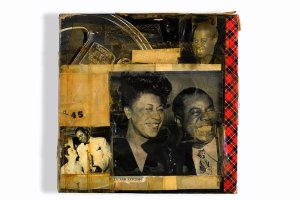 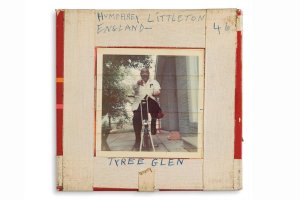 3 thoughts on “Collages by Louis Armstrong”