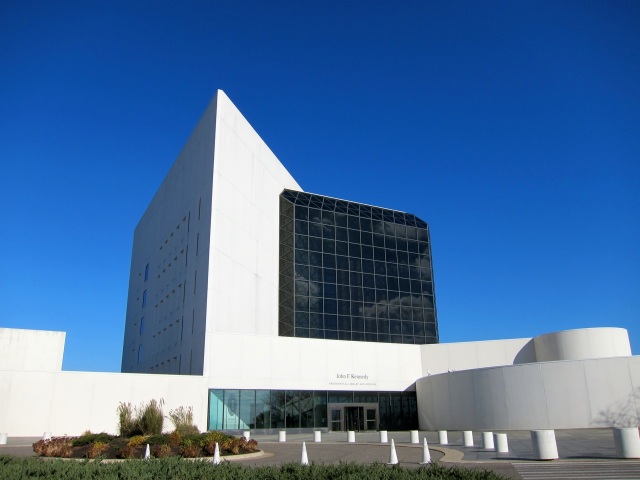 Last weekend I visited my first presidential library. I know!
Never mind that there’s one right down the street, in Hyde Park; I’m going there next.
But for now, let’s look at this one.

The JFK library was finished in 1977. I was curious about how this works. It turns out President Kennedy actually began selecting a site for the library himself, in 1963. The original site was near Harvard, but then Harvard, and more specifically, Cambridge, decided they didn’t want all those tourists streaming in.
After the president was assassinated, a new site had to be found.
The museum was built on Columbia Point, overlooking the sea, which Kennedy loved, and the Boston harbor.
After much deliberation, Mrs. Kennedy selected I.M. Pei as the architect. One of the reasons she chose him was because he was the same age as her late husband, and she thought it would be fun to work on the project with someone with his kind of energy. He considered this project the most important of his career.
The building itself is breathtaking. When you walk in the front door, the entire atrium is open to the ceiling – the glass you see on the outside is all the open area inside. More on that later. 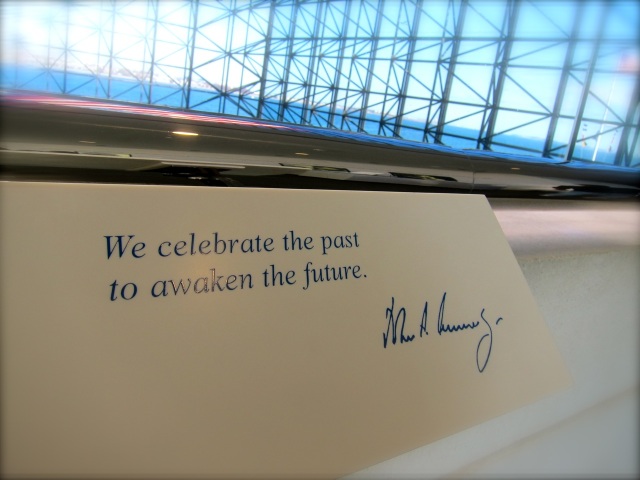 It’s quite an easy place to navigate. You watch a film, then move through the exhibits. One of the first things on display is the Underwood typewriter John Kennedy used at Harvard. 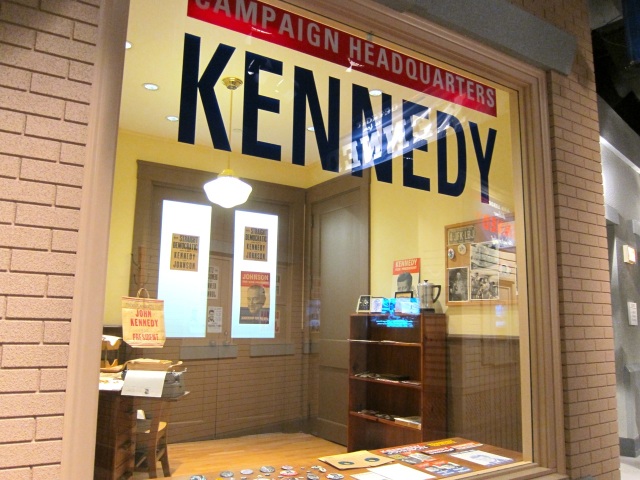 Campaign office, 1960 presidential election. Kennedy, at age 43, defeated Richard Nixon to become the 34th president. (for all you kids out there)

Frank Sinatra sang a special version of “High Hopes” as Kennedy’s campaign song. Since this was pre-iTunes…people had to buy the record and play it at home. My parents did, over and over. 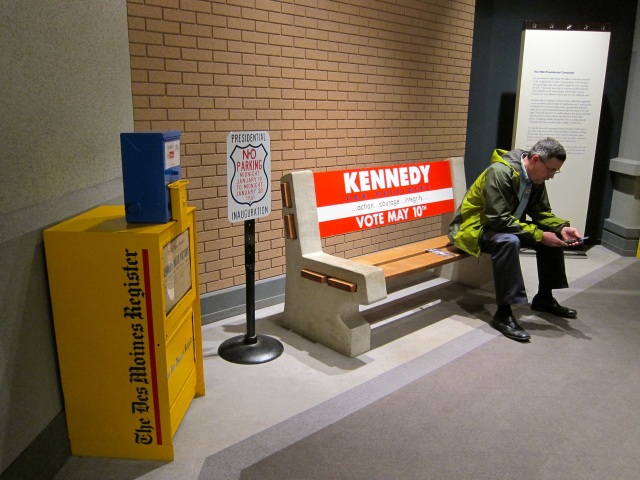 Outdoor memorabilia. As I was taking this photo, this man’s wife said, “Get off that bench! You aren’t really supposed to sit on it!” As you can see, he wasn’t too concerned. I was glad.

The object below, and its story, was one of my favorite things in the museum.

At this point, things start to get very glamorous and beautiful real fast. 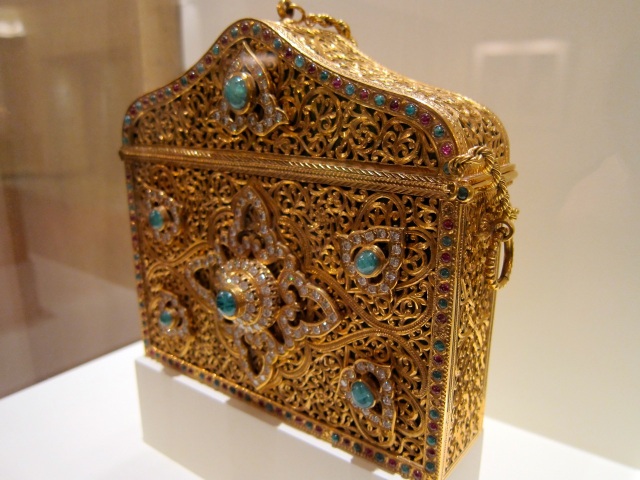 Here’s another favorite piece, below. The First Lady’s words that accompany it make the Kennedys seem like any other couple, in some ways. Her words did that often throughout the museum. She seemed focused on making sure the library told their story with as much personal detail as possible. 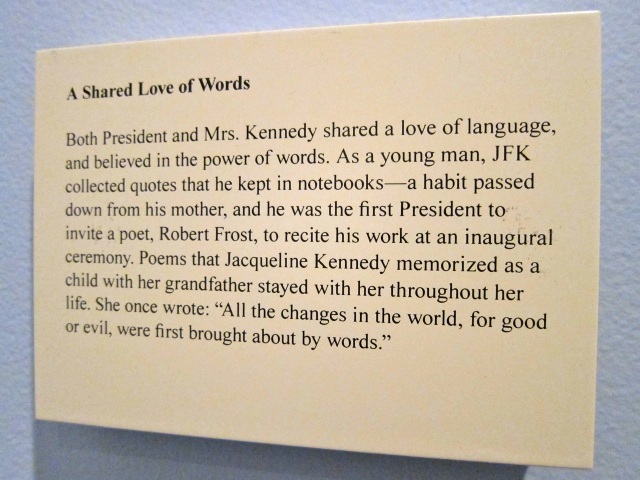 These doors were delightful. Their vivid, lively colors must have been a unique addition to the White House.

I longed to put a period at the end of that piece above. Can you believe it’s missing? I cannot. 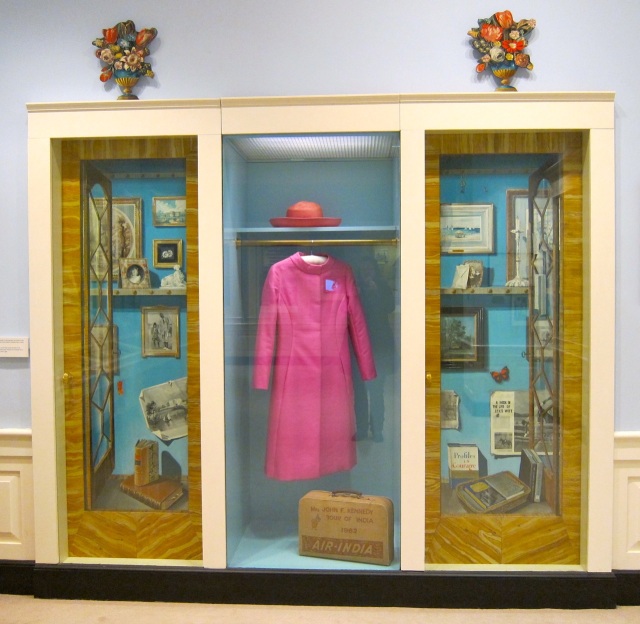 Some of the drawings and poems Jacqueline Kennedy created throughout her life – spectacular!

At one point, a very loud guy standing next to me exclaimed to his friend, “I never knew this was a MUSEUM. I thought it was just a library. I’d have come a lot sooner.” Never mind that it says so on the front of the building. It was actually great to see so many people there.

But he’s right, it is a library too, and it’s important to note some of the other things in the museum include an oral history project containing thousands of hours of interviews from people who were involved in the life of this president.

On the upper floor are the books, papers, photos and archives used by scholars and writers.

Outside, during the warmer months, the president’s beloved 26-foot sailboat Victura is next to the dock on the grounds. 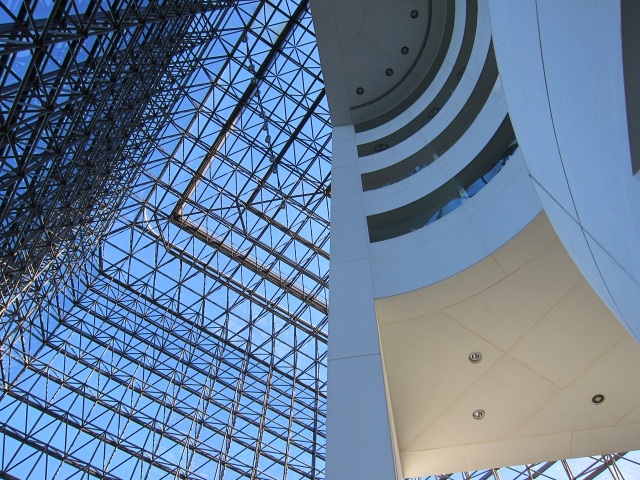 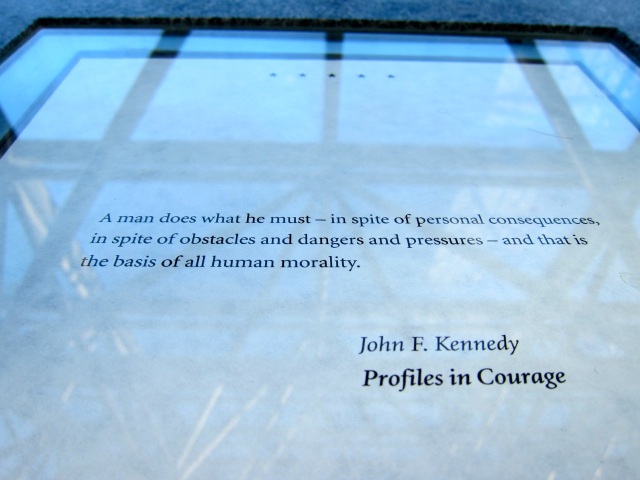 The final quote as you exit the atrium, below. 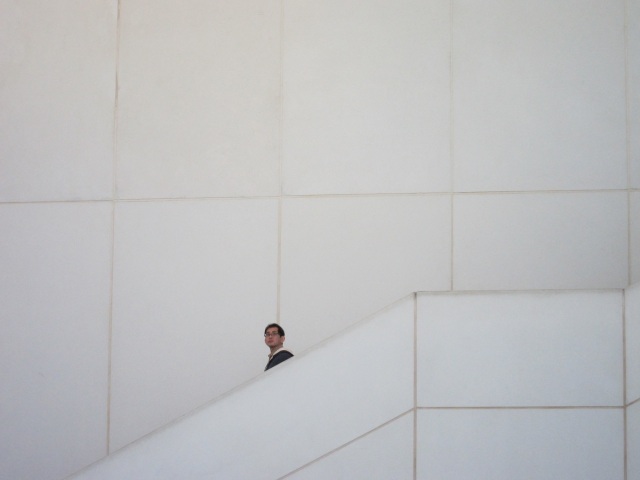 Well, there’s a glimpse. I hope you’ll get there someday, or to one of the other presidential libraries.
There are thirteen in all.
Each one tells our stories too, in its own way.

There was much more to see at the JFK Library – and if you’re interested, here are more of my photos.